The Department for Business, Energy and Industrial Strategy recently named and shamed 350 employers for failing to pay the national minimum wage. HR180’s HR Manager, Laura Rigby, had a jaw dropping moment when she read the top 10 excuses errant employers made for NOT paying the legally enforceable National Minimum Wage hourly rate. 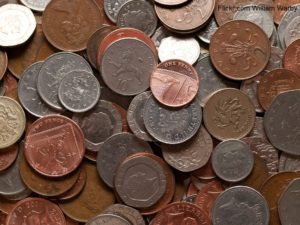 Although it should be obvious that the national minimum wage is non-negotiable, nearly 700 UK businesses were fined £1.4million last year, which is simply unacceptable – and the excuses given make it even worse.

I was going to emphasize just a few of the reasons given, but I couldn’t decide which were the most shocking, hence me sharing the full list below:

It’s not often I’m shocked doing what I do for a living but these excuses really do belong in the last century (if not the century before!)

Make sure you keep up to date with minimum wage requirements – and my colleague Alisa’s blog on increased rates is a great place to start.

If this is an HR issue too far and you’re worried about your people issues going off the rails, it’s time to call HR180’s team of superstars to fly in and get you on the right track…