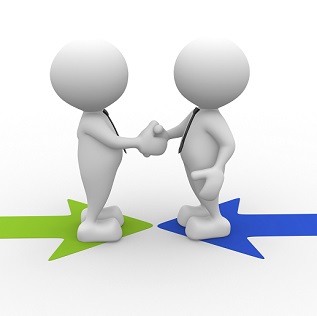 The law states that individuals cannot generally contract out of their employment rights. There are however a few exceptions to this rule. One of those exceptions is where an agreement is reached by way of a settlement.

What you need to be cautious about?
Be aware that you could end up providing generous terms without effective protection, potentially putting you in a difficult position. Don’t assume that the standard settlement agreement drafted by your lawyers will necessarily be right for your particular circumstances – if in doubt get HR180 to work with you.

An example of how this could happen is when the employee states that they have no alternative employment lined up and you pay out a large sum in the belief that the employee will be spending a long period looking for work. How would you feel if after the event the employee walked into a lucrative new job the following day, having pocketed a nice little windfall? This kind of situation can be anticipated in the settlement agreement, unless the employer is happy to pay out the money in the knowledge that the employee may receive a windfall of this kind.

It is also galling for employers to find that a departing employee has pocketed a large termination payment and then immediately joined a major competitor, in an apparent breach of post-termination restrictions.

It is usually sensible to reiterate and reinforce such restrictions in the settlement agreement and to ensure as far as possible that they are enforceable. The original restrictions may be too wide to be enforceable or later events (such as an alleged constructive dismissal) may have weakened them.

Total coverage
Naturally, you want total coverage against all possible claims. However, the settlement agreement regime is not designed to provide anybody with a security blanket. It aims instead to allow specifically identified complaints to be settled.

Some claims cannot effectively be excluded by settlement agreements – for example claims for breach of the obligations to inform and consult employee representatives in relation to proposed redundancies under section 188 of the Trade Union and Labour Relations (Consolidation) Act 1992.

The same applies to attempts to settlement information and consultation claims under the Transfer of Undertakings (Protection of Employees) Regulations 2014. However, where such claims are potentially in play, it should be possible to gain some protection by allocating specific sums towards the potential protective awards that could be granted as a result of such claims, and by including an acknowledgement from the employee that any right to such an award has been fully satisfied.

The essential message is clear: there should be no such thing as a bog-standard settlement agreement.