Know your Religious Festivals: it’s not just about Christmas!

HR180, the Leeds based outsourced HR and HR Consultancy people, hope you have had a very peaceful Christmas. Our very own HR Assistant, Nuhman Sharif, suggests as the New Year turns it’s a good time to think about the whole range of Religious Festivals which are observed or celebrated by your employees and associates. 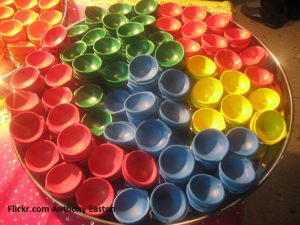 In this modern age, it’s very likely that some of your fellow colleagues are from different religious backgrounds or cultures. For this reason it’s important for employers to know when the different religious/cultural festivals take place.

So for instance, do you when Eid al-Fitr is? Not sure? Well I’ll give you that one…it’s the 25th June 2017 (give or take 1 or 2 days dependent upon the sighting of the moon that is!) You didn’t know that did you? This example reiterates the importance of having an awareness of the people around us as well as the cultural and religious beliefs that are important to them.

Don’t forget that, aside from the more established religions, there are other less well known faiths such as Zoroastrianism (founded in ancient Persia around 3500 years ago, Zoroastrians believe that their God Ahura Mazda created the world) and the Bahá’í faith (one of the world’s youngest religions founded in Iran in 1863 – Bahá’ís believe that their founder Bahá’u’lláh is the most recent manifestation of God).

In fact the CIPD has recognised the importance of this topic and published a glossy 2017 diversity calendar for all its members with the dates of all the religious festivals clearly indicated on there. Secular festivals are also included such as World Health day (7th April) and World Refugee Day (20th June). Don’t worry if you’re not a CIPD member – there are many other excellent resources available online.

So as the New Year beckons, why not get ahead of the game and be in the know when it comes to your colleagues’ religious festivals and cultural beliefs? Not only will this be much appreciated by your fellow colleagues but this will also help to foster a more welcoming work environment for everyone regardless of whether they have religious beliefs or not.

Would you like to know more about how to put in place policies to support equality and diversity in your organisation? We’re your people! Hit rescue me opposite or call 0808 1221 180.