Gig economy: two-thirds of ‘giggers’ should be given employment rights

HR180 help clients with their people issues, including employers’ relationships with those who are considered part of the gig economy. And in fact, as suppliers of professional, outsourced HR services we take our place as ‘giggers’ too! So it is interesting to read the article by Robert Jeffery of People Management Magazine looking at the CIPD’s latest research. Here is an extract from the article. 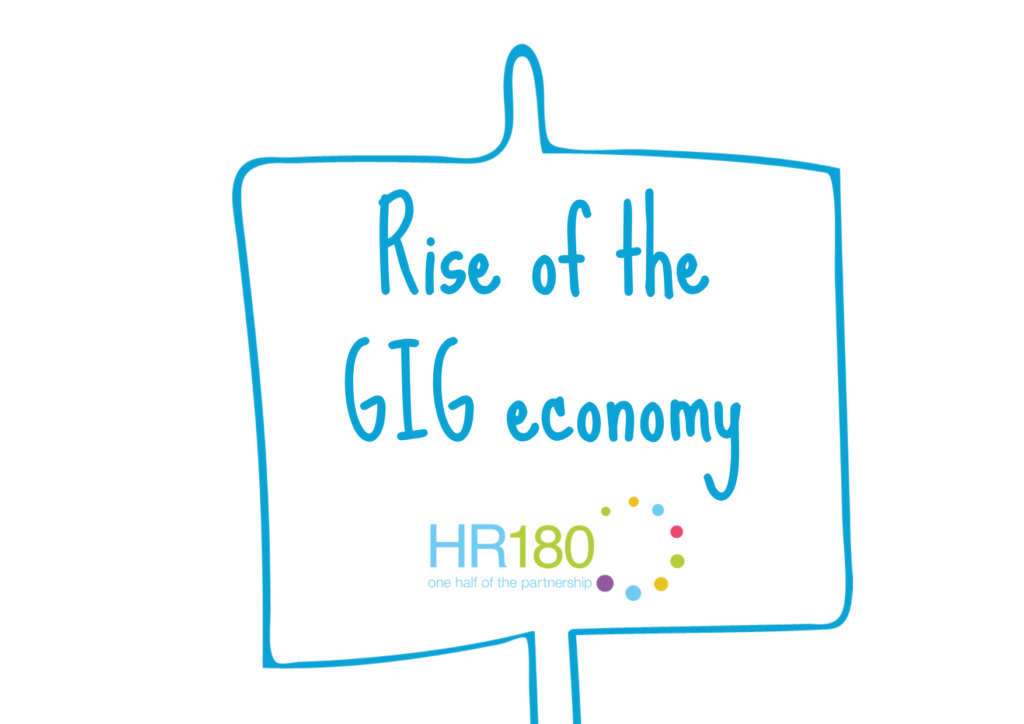 Most people working in the gig economy are doing so to top up earnings from a permanent job elsewhere, according to a large-scale CIPD survey that suggests the impact of new online work platforms has been relatively muted to date.

While the gig economy – which is broadly taken to mean those who undertake piecemeal work via online platforms such as TaskRabbit and Upwork – has garnered huge attention in the media, only 4 per cent of working UK adults took part in it in the last 12 months, according to To gig or not to gig? Stories from the modern economy.

Of those, only 25 per cent viewed the gig economy as their main source of income and 58 per cent were permanent employees who were using such work to top up their regular earnings, said the survey of more than 5,000 UK adults. Many were saving towards a specific goal such as a car or a holiday, the study found, and just 14 per cent said they were in the gig economy because they were unable to find a full-time job.

Rates of pay were generally low, but only 20 per cent reported that they were dissatisfied with their gig economy earnings, and 17 per cent said they were very satisfied.

The gig economy has become a talking point both for the new opportunities it opens up for more flexible and sporadic forms of work and for the regulatory challenges it poses, exemplified by the ongoing question of whether self-employed drivers using the Uber platform should be classified as employees and a range of controversies involving courier firms’ terms and conditions.

The survey found that 63 per cent of those who worked in the gig economy thought the government should step in to guarantee them basic employment rights.

Most of those surveyed agreed there was a need for greater regulation of gig economy providers, and 58 per cent thought gig economy companies should invest in the training and education of their workers. Overall, they were more satisfied than dissatisfied with the work they received through online platforms, but income security was the biggest single area of concern.

How to manage in a ‘gig economy’

Is your talent strategy ready for the gig economy?

5 Predictions for Employment, HR and Business in 2017