August 25, 2016
HR180 Ltd, the Leeds based experts in HR Outsourcing and Consultancy, is committed to flexible working for all employees and actively encourages all the team to develop their careers, irrespective of gender. But the recent Institute of Fiscal Studies report paints a bleaker picture for working mums. Our part-time Marketing Manager, Rachel Bentley, looks at the latest stats – and what responsibility you may have as an employer in the very near future with Gender Pay Gap reporting. 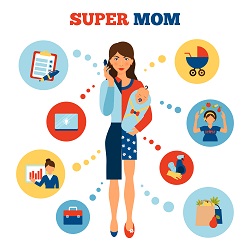 The day I left my management job in Financial Services for a few month’s maternity leave my boss handed me a letter outlining my returning details. Happily I was going to be able to do the same job on a part-time basis AND I would get a raise and promotion – this was 1999 and I now realise this was incredibly progressive. Because it turns out that the gap between the hourly earnings of women and men starts to get wider and wider as soon as women return to work having become new mums. This is according to the report by the Institute of Fiscal Studies (IFS) with mothers’ hourly rate, over the next 12 years, falling 33% behind men’s.

The IFS partly attributes this to mums who return to work in a part-time capacity miss out on opportunities for promotion. It is worth noting that the gap between men’s and women’s hourly pay rates has been closing in recent decades: 23% in 2003, a decrease from 28% in 1993. However, the IFS reports, “This apparent wage penalty for taking time out of paid work is greater for more highly educated women, at 4% for each year out of paid work. The lowest-educated women (tend to take more time out of paid work after childbirth) do not seem to pay this particular penalty, probably because they have less wage progression to miss out on.”
TUC general secretary Frances O’Grady says, “It is scandalous that millions of women still suffer a motherhood pay penalty. Many are forced to leave better-paid jobs due to the pressure of caring responsibilities and the lack of flexible working.”

So is this a Mum tax?

With the birth of my second child and a reshuffle at work I took redundancy – blessedly as No1 child was ready for school and the whole wraparound childcare thing was a big issue. However, what then? I would need to take a drastic pay cut to get anything similar in the vicinity of home which would mean my wage was wiped out with baby and child care. I started to work for myself and volunteering in the community to keep my CV ‘alive’ and though my net pay was larger than it would have been had I paid for childcare, the bottom line is that my actual hourly rate was about half of what it would have been had I remained in my job – whilst my ex-colleagues were working with the benefits of promotion and annual increment. (So the opportunity to work with HR180 Ltd was one I would not pass up and I moved heaven and earth to work within a professional company!)

It could be! This I because employers with more than 250 staff will be obliged to report on the number of men and women in each pay scale. Gender Pay Gap will be in the news again an again until responsible employers close it once and for all.
Want to know more? Call in the HR180 Heroes, HR180 Ltd. We can help with all business and people issues within the workplace and build solutions to help you get on with running your business. Call now on 0113 287 8150.