The school places crisis needs to be addressed urgently. Introducing teaching shifts could be the answer – by Roy Blatchford 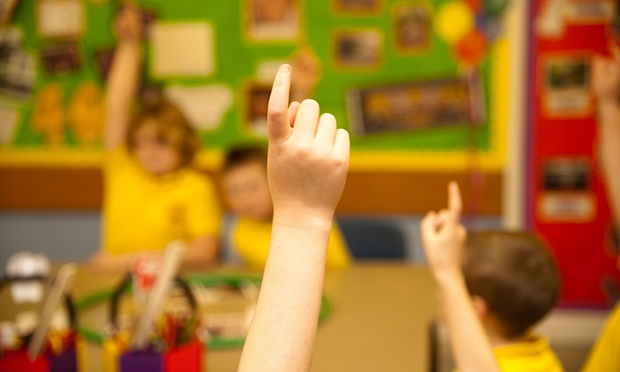 The old ideal of having all students in school from 9am to 3.30pm will soon be unmanageable. Re-organising the school day and year is the only alternative. The latest Department for Education data confirms what headteachers and local authority leaders have been saying for the past few years: we need to re-think how we provide school places.

The growth in immigrants, combined with the baby boom, is putting unprecedented pressure on the school system across the country. There was a 1.3% increase in student numbers (pdf) in state and independent schools in England between January 2014 and 2015. This growth has been most keenly felt in state primary schools, where there has been a 2.1% increase (pdf) in numbers – equivalent to almost 94,000 more children – in the past year.

This has led to super-sized schools, as highlighted in the BBC profile on Gascoigne primary in Barking, the largest primary school in England where the pupil roll totals 1,200. Today, there are 87 primary schools with more than 800 students, compared with 77 in 2014 and 58 in 2013.

The government has committed to opening 500 new free schools over the next five years to ease
pressure. This will go some way to housing the rising number of four-year-olds as we nudge to a UK population of 77 million by 2050, but it won’t go far enough. We will also need to fundamentally re-think the school day and teachers’ working patterns.

The orthodoxy of all primary pupils starting school at 9am and finishing at 3.30pm has to be challenged. In the same way that early years settings offer morning and afternoon places, many urban primaries will need to think along similar lines for all their students. This form of double-shifting is common in other countries, and will soon become the norm in England’s major cities.

Take the Indian high school in Dubai, with its enrolment of 12,000 students and fleet of 81 air-conditioned buses to transport pupils and staff. Different grades and ages operate different shifts across a 7.30am to 6.50pm timeframe. In recent years, I have seen similar arrangements in Egypt, India and the US, sometimes for religious reasons (with girls and boys attending the same school but at different times of the day), sometimes because of a shortage of school buildings, sometimes as a result of bold and creative educational thinking.

In the UK, a number of state and independent schools have consciously changed working hours for older students to reflect when they are most awake. At Hampton Court House in Surrey, for example, sixth form lessons start at 1.30pm and finish at 7pm. The later start time helps their teenage brains and the condensed day affords students more independence over how they structure their time, opening up a huge range of work experience and community service opportunities, off-peak gym times and sports coaching.

Local authorities and academy providers should start planning now for how the school population can be provided for, using time in school more efficiently. Terms could be lengthened as required; four- to eight year-olds could attend school from 7.30am to 12.30pm and nine- to 11-year-olds from 1.30pm to 6:30pm. In secondaries, lessons for 11- to 14-year-olds could run from 7.30am through 12.30pm, and from 1.30pm to 6.30pm for older students. Or, as in Californian high schools, students sign up for different “tracks”, depending on which nine months of the year they choose to be in school.

The teachers’ unions will huff and puff; teachers’ contracts will need reshaping, but thousands more teachers are needed anyway over the next decade and this will provide even more employment opportunities. Students, parents, governors and the wider community will need to be educated about the new realities of shift schools; childcare provision in particular will need to be reconsidered as working families wouldn’t be able to rely on schools looking after their children during working hours.

Crucially, from my observations internationally, school buildings and resources will need skilful husbandry. Within the next few years many primary and secondary schools in urban areas will be opening their doors 24/7, for formal schooling and a wide variety of adult and community learning. The precious resource which is the local school will not stand idle for many weeks of the year as it does currently.

In times of financial constraint and a significantly increasing student population, for politicians and school providers alike, what are the alternatives?