With major news stories about Russian drug cover-ups coming to a head just a precious couple of weeks before the Rio Olympic Games it would be easy to point the finger at one country and a limited number of sports.  However, Horizon’s ‘Winning at Any Cost?’ last evening was a revelation. With statistics such as 39 Rugby Union and League players banned for drug use plus 50 American footballers suspended and 9 of the last 20 winners of the Tour de France stripped of their titles the idea that drug misuse is wider than you might think. 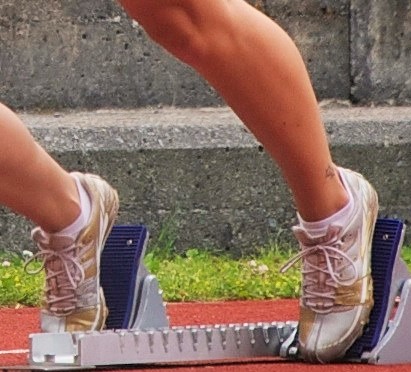 Drugs are used at all levels of sport as amateurs are tempted to try a shortcut by accessing the fastest growing muscle building anabolic steroids. Whilst many people are using drugs to help them achieve a sporting goal there is a worrying growth in people taking the same drugs just to make them look good! Some men, embarrassed about their dad-bod, man-boobs and not having a six-pack, are turning to ‘magic’ – but dangerous – steroid injections. ‘Sold’ as a way to make the purchaser respected, powerful and invincible these drugs are peddled over the internet or in the gym…exploiting a vulnerable and poorly informed group of people.

It turns out, not unsurprisingly, that these drugs are pushed by same people who deal in illicit drugs like cocaine and heroine. Made in shocking conditions, of course, many of these drugs are not licenced for human use even though some pushers claim they are ‘legal’ drugs.

Sadly it is possible to get addicted, both to the results and the withdrawal symptoms. And the fallout? Side-effects act on all parts of the body especially the heart, plus there are likely to be a lot more illnesses as the current wave of users move into older age. Users who are sharing needles, taking substances with side effects, or consuming drugs made in insanitary conditions are taking major risks with their health and ability to do their jobs right now.

So what about your workforce? How can people work to their best abilities if they are taking risks with self-medication of self-styled legal drugs i.e. drug misuse. And how about recent figures which tell of increases in so-called recreational drug use and in alcohol dependency – is it possible you might have someone with a problem in your business?

Drug and alcohol misuse can diminish safety and effectiveness in businesses so why not take a look at our informative blog tackling Alcohol and Drugs testing at work here. Employers have a duty of care towards all their employees, so having an alcohol, drugs and substance abuse policy is essential. The HR180 Heroes at HR180 will help you design tailored made policies for your business. Call us today on 0113 287 8150 for an informal chat about your issues.