With the jailing of a pair of Nottingham brothers for people trafficking and modern slavery this week (breaking 23/1/17) have you thought about your own business and how you can prevent this happening now and in the future?  HR180’s Modern Slavery Employment Policy to the rescue! 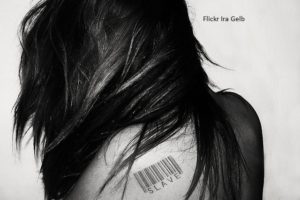 In the 21st Century, slavery is happening worldwide – including in the UK and that’s a fact. According to a London based anti-slavery website, there are approximately 13000 victims of modern slavery in the UK, so it is good news when perpetrators are brought to justice.

Reports following the brothers’ conviction were shocking. Erwin and Krystian Markowski recruited 18 vulnerable Polish men to work at a Sports Direct warehouse, taking control of the victims’ bank accounts and keeping £35,000 – most of the men’s wages. Taking their passports and leaving them isolated, the living conditions the men were forced to stay in were bleak to say the least.

Whilst it is clear that the brothers were guilty of modern slavery, and there’s no suggestion that Sports Direct (where the trafficked men worked) were implicated, would you like your company name to be in any way connected to modern slavery – of course not! Even if there is NO WAY this could happen in your own business, what about the supply chain?

The Modern Slavery Act came into force in 2015, to make sure businesses do all they can to avoid slavery within their business, or indeed with others they do business with – directly or indirectly.  The Act applies to all businesses which:

For further information on the Modern Slavery Act, see Gov.uk.

You might be great at making sure your own employees are NEVER exploited or mistreated, but how good are you at checking out if workers in your supply chain are being exploited? We recommend that you put in place a meaningful Modern Slavery Act section within your Employment Policy – which might mean also looking at your supply chain process flow too.

Never fear, the HR180 Superteam is here! We can help with all aspects of Employment Policy and people related projects. Talk to us on 0113 287 8150 or give us the low-down here.

Whether it is forward planning your HR support or a cry of ‘Rescue Me’, HR180’s superheroes team are ready to lend a helping hand! Contact us today to help protect your best assets – the people in your business. Call 0113 287 8150 or take a look here.