Holocaust Memorial Day 2017: how diversity in business can help wipe out fear of difference

In a week where talk is all about the rise of the Right across the globe, the building of a wall to keep Mexicans out of the USA and the introduction of a new phrase, ‘alternative truths’, it is fitting that on Holocaust Memorial Day 2017, HR180 talks about how business leaders need to think about the culture in their organisations, and how we ALL have a part to play in making sure that the atrocities of the Holocaust are not forgotten and never repeated. 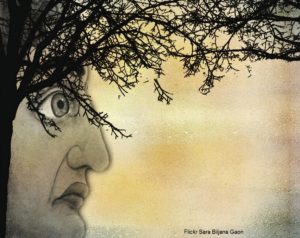 Friday 27 January is Holocaust Memorial Day 2017. It is also the release date of the film ‘Denial’ telling how David Irving, the Holocaust denier, sued Deborah Lipstadt for libel, putting the burden of proof on her to lay out that the Holocaust DID take place. The sad thing is that though there are MANY people who survived and bore witness, there are plenty who for reasons of their own wish to state that it is all a lie!

Roll back to earlier the same week to Radio 4’s Today programme interview with Laurence Rees, historian, filmmaker and author of a new book citing that there is still much more for us to understand about the Holocaust.

In researching his book, simply called the Holocaust, he has interviewed former Nazis who don’t give you the answer you’d expect about their role. So rather than saying they were forced into carrying out the atrocities of the Holocaust, they actually say they did it because they thought it was the right thing to do.

How is that possible?

Rees when asked if the Holocaust was a Nazi plan, or if it emerged over time, says that we can’t see this as ‘blue print’ created by Hitler. It is much more complicated. Hitler had a psychopathic hatred of the Jewish people and spouted that something had to be done – and this evolved over time.

As we look back in time, we ALL must take notice of what happened in order to prevent it ever happening again. With that in mind Laurence Rees says that it pays to study WHY it happened as none of this was inevitable – Hitler was not a master criminal with a set of accomplices plotting the Holocaust.

The people who we are able talk to about the terrible reality of the Holocaust are dying out and the dangerous thing for the future is the ability of anybody to simply say that the Holocaust (or similar brutal hatreds) are not real! And there are plenty of people who might get ‘whipped up’ by what they think are plausible truths because they read it on the internet or a ‘leader’ makes an ill-advised statement.

We must be a voice of reason amongst the irrational.

What can business leaders contribute?

In your business you can make a massive, positive difference by collaboration, not by separation. The more diversity in a workplace, the more that your team treat the people they work with as individuals, irrespective of culture. This leads to the binding together of people rather than creating a culture of fear of difference.

Your HR professional will be a guiding light in this process, looking at policies, recruitment, culture, communication and training plus monitoring and handling grievances if they arise. If you feel you need a steer, then we are happy to help. Call 0113 287 8150 or leave your details and an HR180 superhero will fly to the rescue.

Whether it is forward planning your HR support or a cry of ‘Rescue Me’, HR180’s superheroes team are ready to lend a helping hand! Contact us today to help protect your best assets – the people in your business. Call 0113 287 8150 or take a look here.