HR180 top tips for how to handle harassment at work

It’s official: our blog from last week sums it up – everyday sexism IS rife in the business world (read it here).  This is revealed in a report commissioned by The Trades Union Congress (TUC) which says that half of women in UK have been sexually harassed at work.

As providers of outsourced HR and HR consulting (based in Leeds and with clients in the UK and internationally) we of course handle issues of inequality regularly and put policies in place for our clients to avoid, as much as is possible, the continuing harassment which happens in the workplace – which to be quite frank should have been left firmly back in the mid C.20th 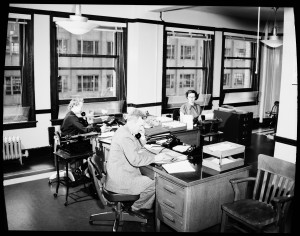 The report out today is a joint investigation by The TUC and the Everyday Sexism Project – take a look here for more on the YouGov report.

It is a fact: it is more likely that when the problem is NOT addressed, the harassment will worsen and become more difficult to remedy as time goes on.

So how can you and your employees handle the age-old problem of sexism, inequality, harassment and hate in YOUR workplace? The HR experts at HR180 Ltd have come up with these top tips:

These suggestions for business owners and managers come from Claire Morley-Jones, MD and founder of HR180:

The findings, described by the TUC as the biggest study of its kind for a generation, are published in a report on Wednesday, Still Just a Bit of Banter?

A government spokesman is quoted as saying, “No one should experience harassment or abuse of any kind in the workplace – the law on this is very clear and employers must take swift action to tackle this issue.

“Section 40 has not been scrapped and any employee who experiences harassment is protected by the Equality Act – regardless of who the perpetrator is.”

Ellie Garnett, HR Manager at HR180 Ltd, sums it all up, “Advise the person doing the harassment, that you find it offensive and that actually what they are doing is breaking the law and it is classed as a hate crime.”