In the first part of our blog series on dismissal, Laura gives you an introduction to unfair dismissal, what it means, how you can claim it and what is a fair reason for dismissal. 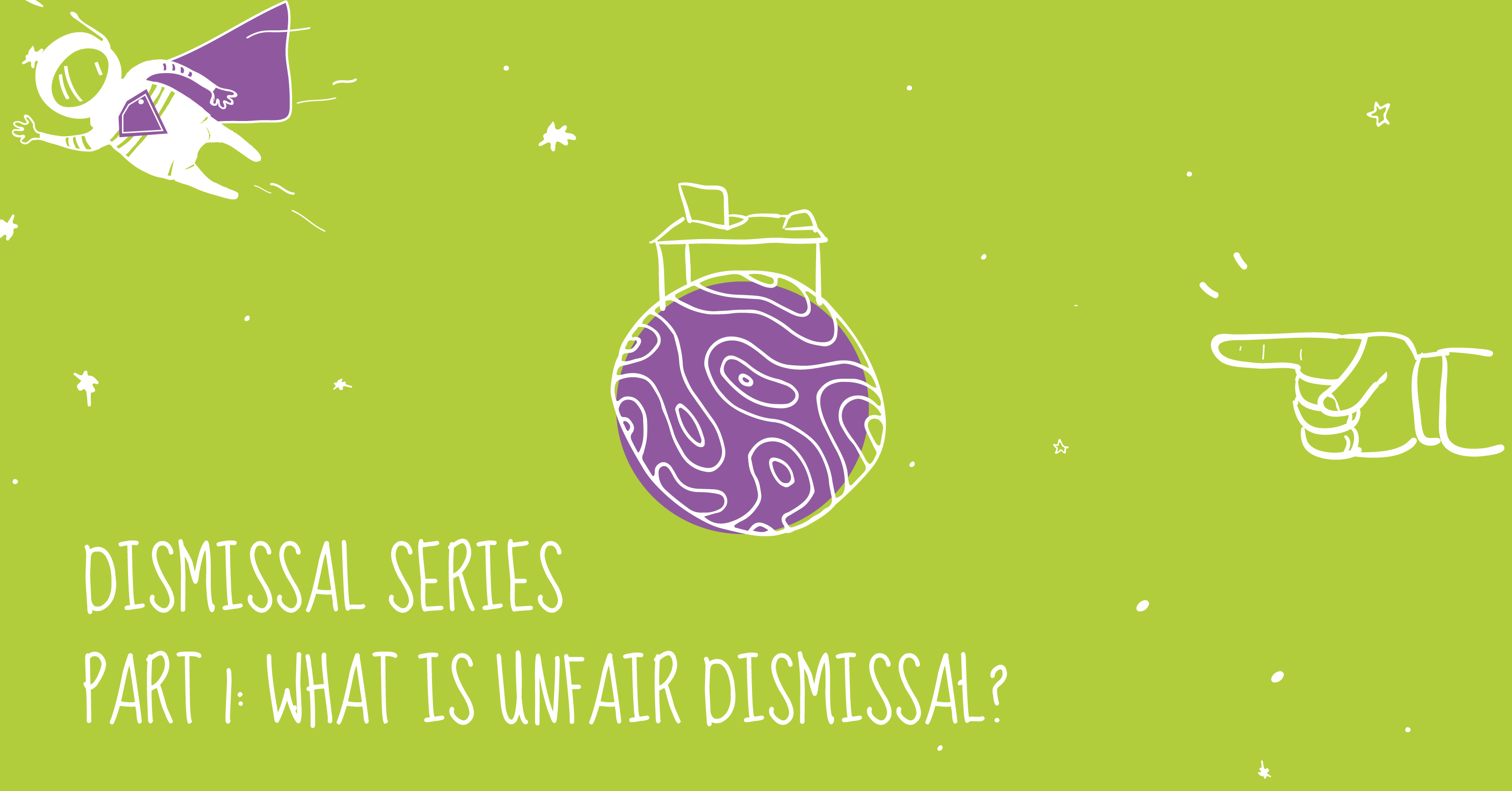 What is Unfair Dismissal?

Unfair dismissal, put simply, is when an employer terminates an employee’s contract when they didn’t have a fair reason to do so, whether that’s because they didn’t follow the correct procedure or because the decision to dismiss was too harsh given the circumstances.

Employees are protected by law against this eventuality, subject to certain qualifying criteria. Workers, such as the self-employed or agency staff are not protected against unfair dismissal, unless a tribunal agrees that in reality they are in fact employees.

Who can claim Unfair Dismissal?

The right to claim unfair dismissal kick starts at two years continuous service with the employer – before this, your employer couldlawfully dismiss you unfairly, unless it is for a reason that violates one or more of the following statutory rights, such as being dismissed for:

To be dismissed for any of the above is an automatically unfair reason for dismissal – which employees are eligible to claim from day one of employment.

Claims for unfair dismissal must be made within three months of being dismissed.

What is a fair reason for Dismissal?

Legally, there are five reasons for dismissal that are considered fair. Although it’s not as black and white as this, a fair dismissal includes consideration that an objective and reasonable process has been followed, that the employee has been treated consistently as other employees in similar situations, and that the decision to terminate wasn’t too harsh given the circumstances.

The fair reasons for dismissal are:

If a tribunal decides an employee has been unfairly dismissed, the employee will be awarded compensation, made up of:

Both types of awards are capped and can be reduced depending on circumstances, including if the employee’s conduct has been at fault or if the employer has tried to follow some form of process with the employee.

Note that if there is proven discrimination of any kind the award can be unlimited – this would, however, fall under a claim for discrimination rather than unfair dismissal.

What if the reason is fair but there has been a breach of contract?

This would be wrongful dismissal – covered in the next blog of this series.