The big employment news today is that fewer people are taking claims to an employment tribunal because of fees of up to £1,200, the TUC say. (BBC NEWS). MD of Leeds-based Outsourced HR180, Claire Morley-Jones, has something to say on this subject – read on! 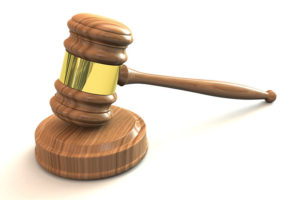 As usual you can expect me to have an opinion in relation to the TUC!

There are always two sides to every story, so at the outset I should caveat my response with the fact that here at HR180 we are seeing cases from an employer’s perspective. Our view might be quite different, therefore, from an employment lawyer specialising in representing employees and I am sure that they will see numerous shoddy practises out there that should receive attention at tribunal level.

Our experience of the law change in 2013, requiring employees to pay fees at tribunal, has been amazing! Whilst we, of course, believe that having access to the justice system is essential for everyone, we have seen a massive reduction in the number of fraudulent claims our clients are having to deal with, for instance where they are being blackmailed for a settlement with no grounds to give one, other than trying to avoid the expense of going to tribunal.

Think about it for a minute. If someone said to you, “either take me to tribunal and it will cost you at least £8k in legal fees, or pay me £2k and I’ll get out of your hair and leave you alone” – what would you do? Over the years we’ve seen it all! We’ve had an employee maliciously requesting the entire sales team of a small business to be witnesses at the tribunal, thus stopping the company from earning over £25k in revenue for 2 days in addition to the cost of their legal fees. We’ve had one case where even the judge has said the claimant should not have made the claim!

If there was a more robust system where employers felt the entire process was not geared against them, then they too might be happy for the fees element to stop. As it is the unions, including the TUC, pay for all fees for their members anyway meaning if their member wins they can reclaim the fees. So, personally, I feel that the fees element is only a deterrent in relation to fraudulent tribunal claims. I think rather than prove that the figures are preventing genuine claims, they suggest that it is now only the genuine claims which are getting through.

In any event, as ACAS normally conciliates pre-tribunal to arrange a settlement and there are no figures on this, how do we know that the reduction in tribunals isn’t just a side effect of more money being paid out to get the claim out of the way?

There’s a place for genuine claims, but malicious or fraudulent claims are not justified. The former are fine but for now fees are probably the only protection against the latter.

Speak to the HR Heroes for anything HR and business related – we are good listeners, make a decent brew and we’d love to hear from you. Call us now on 0113 287 8150.