I can’t come in to work today because…

Employee absence can be difficult for an organisation to cope with, especially when others are relied on to keep the ship afloat in the meantime. But what do you do when you’re faced with a ‘creative’ excuse for not coming in to work?

Nuhman Sharif, HR Support Assistant shares some of the most unusual excuses as well as advice on how to prevent illegitimate absences. 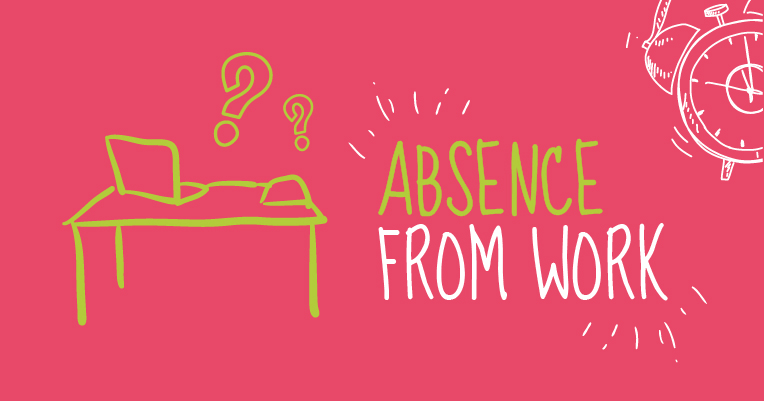 One of the privileges of working in HR is the opportunity you have to really help people, from the seasoned director to the new starter on their first day. It’s one of the many reasons that I was drawn to the profession as somebody with a previous scientific background. On a lighter note, another perk of working in HR is being able to hear the many ‘creative’ reasons why employees are unable to come to work.

In my last job, I was a little dubious as to how to react when an employee rang up and told me that he couldn’t come in because his dog had died. I then felt the need to show empathy for the loss of such (I imagine) a faithful companion and offered the employee the chance to use their holiday or have the day as unpaid leave. To my surprise, he asked if he could take it as bereavement leave to which I replied this wouldn’t be possible as our policy didn’t cover ‘non-human’ family members.

Apparently, I’m told this is rather a tame example as my colleague recalled that she was once told an employee couldn’t come to work as the dog had locked him in the conservatory! Another colleague recalled an incident when he was told an employee couldn’t come to work as their cat was too quiet and they were really worried about this! I appreciate that these are all pet-related examples but this is just the tip of the iceberg! I’ve received calls from employees telling me they have obscure illnesses (in the hope that I’ll take things at face-value) or they have a well-known illness but when asked for details, recant a list of symptoms which aren’t characteristic of the illness they supposedly have! Yes, it does happen, some people don’t bother to fact-check their ‘creative story’.

And then there’s good old social media… that wonderful tool where we can tell each other just how much fun we are having. I remember an incident where one employee rang their line manager and said she was ill due to a severe asthma attack and so needed to stay in bed. Imagine the line manager’s surprise when another member of the team showed him a Facebook post of the ‘ill’ employee licking a 99 ice cream with sprinkles and sauce on a well-known beach!

On a more serious note, absenteeism is and has always been an issue for businesses regardless of their size and there will always be those who are “ill on Thursdays”. The key thing is to ensure you foster a positive work environment where employees want to be, as well as having a robust absence management policy to deal with those people who like to take the proverbial!

If you’d like further advice on either of these strategies, why not give one of our HR Partners a call today. Until next time…