December 7, 2016
As I am sure you can imagine over the ten years HR180 has been trading we’ve seen it all, done it all and bought the T-shirt!  I am regularly told that I should write a book of our experiences OR allow a TV crew onsite!  Not tempted by either of these, I did think that you might like to hear about our Top 5 Employee disasters that have happened at Christmas. 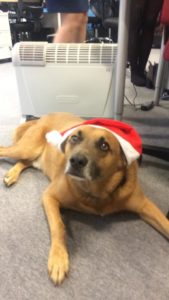 Number one client had employees who lived on-site at the clients’ premises.  The employees legitimately had access to everything on the premises and drove themselves via Land Rover to the pub in the local village on New Year’s Eve.  Once there, they proceeded to get unbelievably drunk!  When fully inebriated they thought it would be a good idea to drive themselves home again but unfortunately crashed into a wall at the clients’ premises waking numerous other members of staff.  Rather than stick around to face the music, all 3 ran home, despite having been clearly identified by their colleagues and were later all found in bed denying any knowledge of the car or the accident!

Normally we rely on our clients’ managers to set the tone for any Christmas festivities but in one situation a manager was the cause of all our New Year woes.  Having provided a free bar at the Christmas Party and with most managers having left soon after the ‘carriages’ had arrived, one manager thought the party should continue.  A bar crawl then ensued resulting in the manager screaming at everyone that they HAD to go to a ‘show’ and on arriving at the premises discovered that this was a strip club.  Given that one third of the group was female you can imagine the claims of sex discrimination we then had, alongside an abuse of power allegation in relation to the manager threatening to fire anyone who went home!

3 Social Media records it all

As usual there is always someone who a) cannot control themselves and b) feels the need to be the life and soul of the party!  In our situation, this invariably led to numerous hilarious situations including strenuous dance routines, the splitting of one’s trousers, attempting to kiss a Director and falling asleep drunk at just gone midnight in a corner.  Unfortunately, a work colleague thought it would be great fun to record these events and post them online leading to a claim of bullying and harassment!

Our client had arranged a lovely meal in a beautiful venue for their staff Christmas Party.  The organiser had diligently gathered and then shared all dietary requirements with the venue, however, one employee with a nut allergy ended up eating (as a joke and due to a high consumption of alcohol) a tiny piece of Christmas cake.  After his throat had swollen to a size where he couldn’t breathe, an ambulance was called and he was only just released from hospital in time for actual Christmas!

Our client organised a Secret Santa for all 30 members of their staff with the recommendation that gifts were approximately £15 per person.  When it came time to swap gifts, in a big open plan office, everyone raced for the tree and started handing gifts to one another.  Amongst the presents were lipsticks, jewellery, smellies and sweets.  One member of staff eagerly opened their present to discover what felt like an empty tube.  On shaking it they discovered it did indeed hold something inside but on opening it realised that it was simply empty sweet wrappers.  To compound the humiliation the individual raised a grievance and we ended up interviewing 12 witnesses trying to identify the ‘Santa’!

So, hopefully amused by these tales of Christmas woe you’ll make sure that you set the expectations clearly this year!

So even with the best of intentions little things can go wrong! We will be here in the New Year to pick up the pieces and get everyone out of the doghouse so why not give us a call and let our HR heroes straighten things out. 0808 1221 180.