Is the Annual Pay Rise Dead?

Annual pay rises for many companies seem to be disappearing into the distant past. Isobel discusses why this could be. 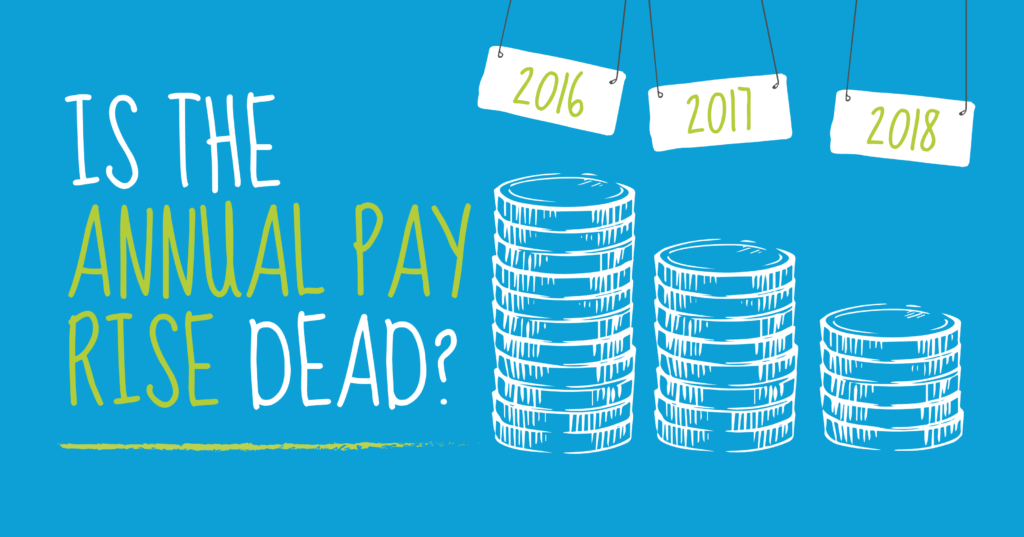 A recent CIPD report stated that since January 2009 average weekly earnings had fallen between 8 and 10.2% dependant on which measure of inflation was used. For employees, this is a big decrease in their earnings in real terms. But what can employers do?

With many companies feeling the squeeze themselves, an annual increase for all employees has just not been in the budget. Instead, avoiding redundancies, cutting costs or ensuring they are operating efficiently has been their main focus.

Plus it turns out, the annual pay rise is rarely a motivator for employees.

They aren’t usually going to work harder or stay in their role for a 3% pay increase, but a 3% increase on the total wage bill can be a big cost to stomach. Especially when it’s added to other mandatory increases to their wage bill such as auto enrolment and the national living wage.

However, although it doesn’t actively seem to motivate employees, it’s often seen as a de-motivator, particularly to those who have worked at the same company long enough to remember when increases were given year after year.

So many employers are looking at rewarding employees or increasing salaries in different ways. One off bonuses are increasingly being seen as a more effective option because they reward specific behaviour in a given year. Plus, they have the benefit of not adding to the wage bill on an ongoing basis and a decision can be made each year as to who, if anyone will receive one.

Offering other non-cash benefits or salary sacrifice schemes could also go a step towards softening the blow of ditching the annual increase.

There are some employees though, that by default are continuing to receive an annual pay rise, which is outside of the company’s control. The increases in the national minimum wage over recent years and the introduction of the living wage have seen wages amongst the lowest paid, rise quite considerably over recent years.

With the national living wage set to rise again this April to £7.83 per hour (an increase of 4.4%), this will cause further challenges for businesses, both to financially meet this increase, and then the challenge of how to manage the ever-increasing squeeze for employees earning the lowest salaries within the business.

So whilst not completely dead, the annual pay rise, for the moment at least, remains an unlikely prospect for many employees.

If you’d like to find out more, just get in touch with the HR180 team!